“Hey, now, how about a smile for old Inigo, eh? You're beautiful when you smile. And I want to look upon it every day.”

Bisexuality is the attraction to both sexes, or, in other words, all people. Bisexual people may have prefrences or a solid lack thereof, but either way are still bisexual. Bisexuality is not "half gay, half straight", but instead, a single, whole orientation seperate from either.
Symbols of Bisexuality 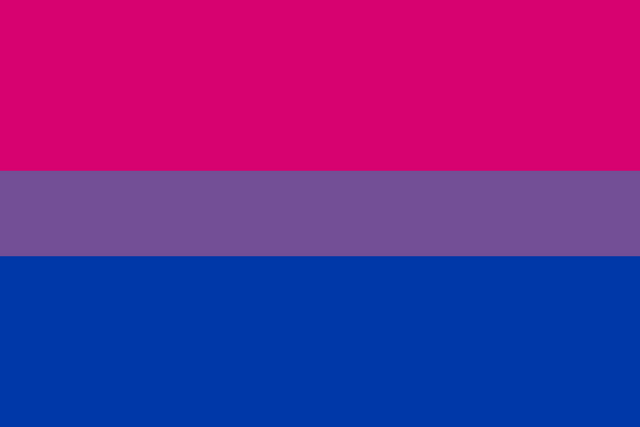 Now, contrary to a certain popular misconception, the colors on the bi flag are not "pink for girls" and "blue for boys"! No! How backwards and stereotypical.

The meaning of our colors is actually a lot more beautiful than that: blue, for opposite sex attraction; pink, for same sex attraction; and a smaller stripe of purple, the color that comes from blending blue and pink, represents the area in-between those two attractions.

This flag was created in 1998 by Michael Page. 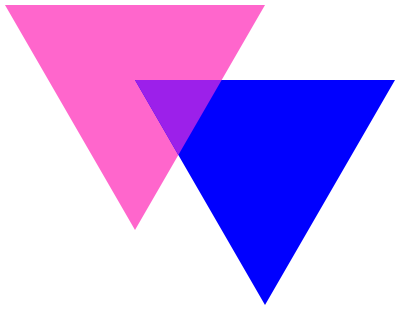 The Biangles, the inspiration for the bi flag, were originally created for the Boston Bi Woman's Community. The meaning here is the same.

Note:
The pink triangle can be a sensitive subject, since it is a reclaimed Nazi symbol used to brand homosexual (and openly bisexual) men. Black triangles, the symbol used to denote an "asocial" person (lesbians fell under this category), has not been reclaimed and should not be used. 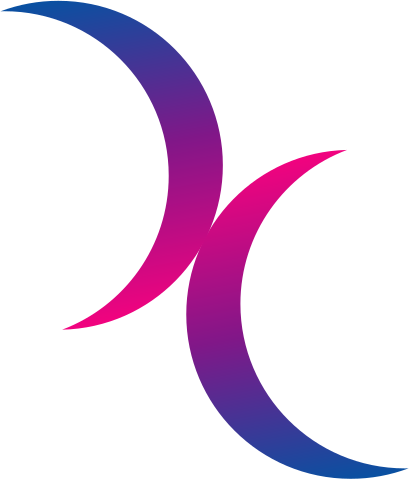 The double moon was created in 1998 as an alternative to the Biangles for those uncomfortable with the history of triangle imagery. This symbol sees the most common use in Germany. 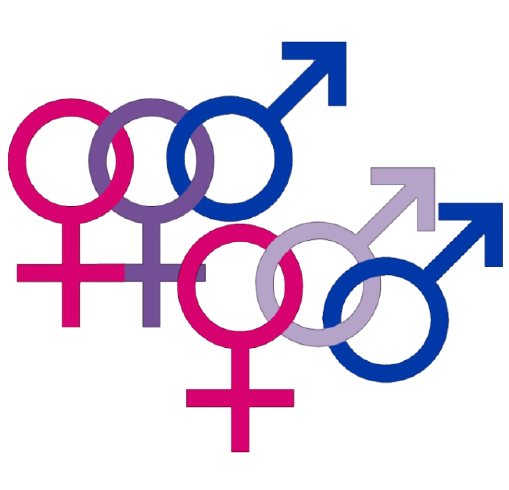 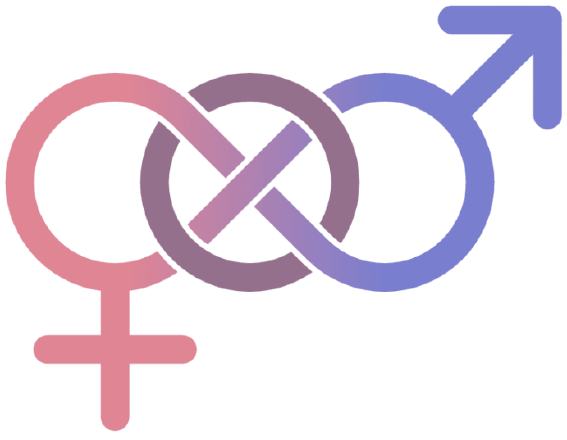 These symbols are plays on the male and female symbols.
Click-Through Game!
Hit the buttons to progress.

Here are some fun bisexual-themed graphics for you to use!

Please do NOT call me q///r. It is very much a slur to me and I would prefer not to see or use it.